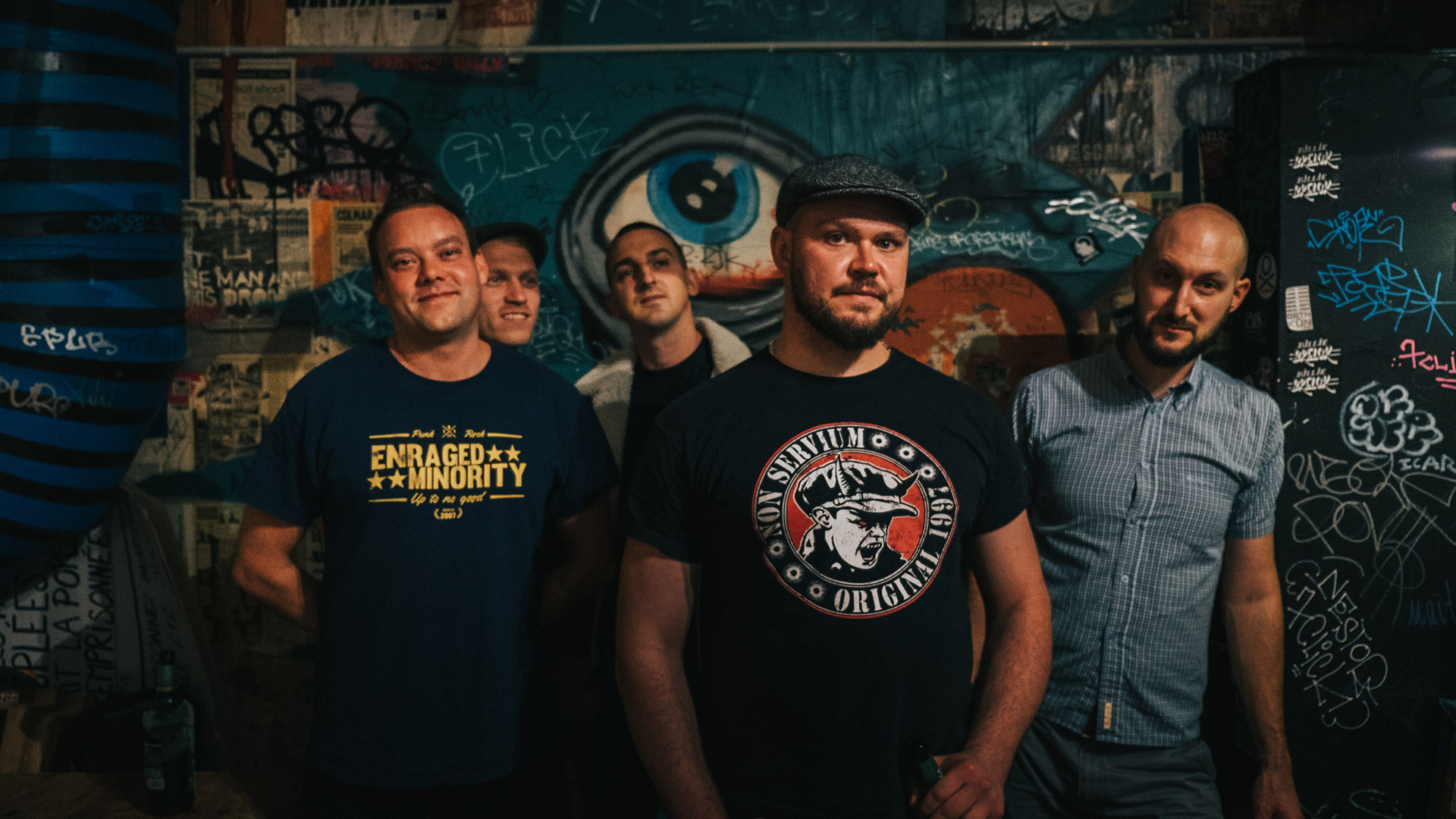 The images of the demonstrations of the so-called “Querdenker” movement, Corona “skeptics” or whatever else they call themselves have unfortunately become part of everyday life. At these gatherings, there is a strange and dangerous mixture of people who are simply “concerned” or consider the government’s policy to contain the pandemic to be wrong or excessive (which is also legitimate per se), and a broad spectrum of right-wing to extreme right-wing groups such as the AfD, “3. Weg”, conspiracy ideologues and openly appearing fascists.

ENRAGED MINORITY criticizes the fact that people who otherwise call themselves enlightened or even consider themselves “left-wing” make common cause with this mélange of right-wing who-is-who in a new song called “Strickpullover”, which was released on 23/4/2021:

“For the right of the strongest – but vegan please.
People’s anger on Telegram – the victory is no longer far away
Schmorell and Scholl as a talisman – they can’t defend themselves
Healthy and lively to the power – lateral thinking needs no brain
If “leftists” are without class, then they piss into the wind
that blows to the right of the Bahamas, until they are pissed all over.
Welcome to the 20s – everyone is a rebel
Come and take off your mouth guard – you too are William Tell“

So it resounds to those who have no problem marching together with right-wingers, and since they come from the green stronghold of Freiburg, where anthroposophy and esotericism are quite widespread, surely also a nod to their own city:

“Black-white-red rainbow – look, it’s already rising.
Colorful and brown now get along and everybody shits on it
Darwin wears knitted sweaters now and makes the weak dead
The virus must be allowed to rage, freedom is threatened“

What else ENRAGED MINORITY have to say about it and all other info you can find out here.

Sign up to our newsletter to keep up to date with new releases, news, playlists updates etc.